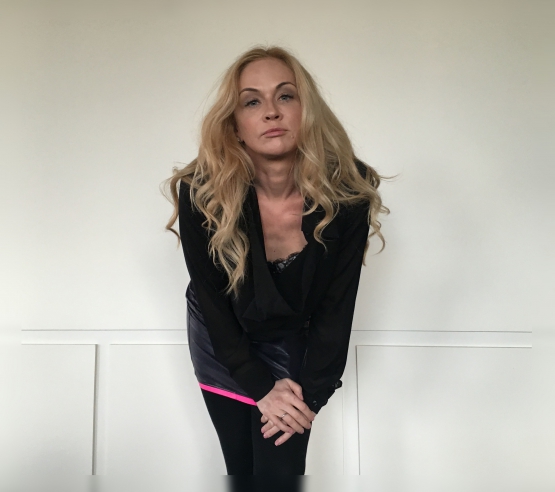 Natasha Ozhiganova was born in small town near Yekaterinburg, in Russia. At the age of 22, she immigrated to the United States and soon found herself in a busy and unfamiliar city of Los Angeles.

Ozhiganova studies the relationship between objects that surround her everyday life, the space that those objects occupy, and the ways in which they complete her as a woman and a mother. Working with various media to create her art pieces, Ozhiganova takes on a playful approach to examine her own identity.

Natasha reveals much of her private life, the roles she is trying to fill, the mundane repetition of daily events whether it’s through her son’s toys, the post-it-notes from her home office, or the recycled San Pellegrino bottles. Her work is feminine and fragile, and resonates with things that are made to look beautiful and at times seductive.